Avalanche Guardians, Gearing Up For Battle

An intriguing new project is releasing soon on the Avalanche Blockchain, Avalanche Guardians have specifically designed their project from the ground up with a focus on avoiding key issues present in the current NFT scene, they are tired of rug pulls and teams that can ghost a community without recourse.

The main focus of the development team is to build trust before and after their mint and they aim to achieve this by partnering with Rugdoc.io. They will be one of the first projects on Avalanche to take part in the RugDoc KYC Service, providing the project with certification and a risk assessment pre-mint to build trust in the goals of the project being realised. 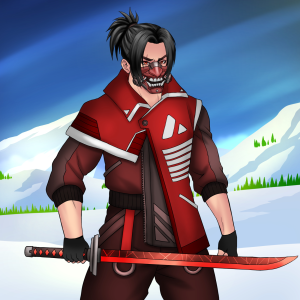 Creating a positive and ongoing “HODL” friendly environment for the community can be tough and relies on many factors. To keep holders actively involved they have pledged to give away 2500 AVAX over the course of the next year. Roughly translated to around 45 AVAX per week over the next 55 weeks, it will be randomly airdropped to five holders and will be based on the rarity of their NFTs. Eligible holders will receive 20 AVAX if they hold a Legendary NFT, 11 for Epic, 7 for Rare, 4 for Uncommon and 3 for Common.

90% of NFT projects die in their first month because they ain’t much more than pump-n-dump schemes.@AvaxGuardians will be weekly airdropping 45 #AVAX to all of its hodlers for 55 weeks (1+ year).

That’s the difference between projects built upon #Avalanche and the rest. 🎩🍷 pic.twitter.com/bYj3lq55I4

The launch date is still a closely guarded secret but we expect it to be announced soon. There will be 5000 Avalanche Guardians available for mint at 2.5 AVAX, with 10% reflections available to early minters and Kalao has been designated as the main marketplace.

If you liked this article, you’ll love AMA Session With Marvin Paradox