Shamanz will be launching their intriguing, celestial based Gamefi project in February, aiming to bring a Shamanic inspired NFT collection to the Avalanche Blockchain.

The project’s primary focus will be spirituality, mindfulness and positivity. Building on the Shaman culture seen throughout the world in many different countries and communities, they will bring these concepts to the world of Web3.0 and create a community of like-minded contributors and holders. 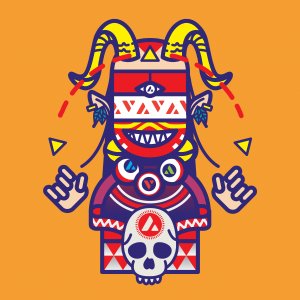 There will be 4,444 NFTs generated from 150 Mystical Assets and while the rarity of the NFT will be judged initially upon which of the different mythical assets each NFT contains, Shamanz will also be scored on their distinct energy level, calculated and enhanced by the combination of assets present.

This leads nicely into the Gamefi element of the project as Shamanz can be upgraded using the $WZDM currency generated by “staking” them in the Meditation Chamber. Completing a meditation journey earns you a proportional amount reward of $WZDM, which in turn can be used to upgrade energy levels of the NFT and grant access to future special rewards as the project progresses.

Mint milestones and how they will reward the community have also been released, with some really special 1/1 Astral level NFTs being offered, as well as other incentives. The Shamanverse that is being developed will initially contain the Marketplace, Meditation Chamber and a future Rituals area. 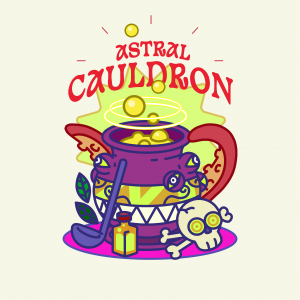 Eventually, the project will transition to a DAO, with 55% of the initial mint fees deposited into the Astral Cauldron by Smart Contract. The Astral Cauldron will be a multi-signed gnosis community wallet that will stake 80% of its assets in the Wonderland Protocol and the remaining 20% will be used by the ShamanzDAO Treasury for marketing and ongoing development of the project.

With the official Whitelist and website launching in the next few weeks, there is sure to be a rush of interest in the upcoming project as it picks up speed.