The AXAXWARRIOR project has officially landed on the Avalanche Blockchain and in this AMA, Co-Founder & Creative Director Sylent discusses their process, what inspires them and what AVAXWARRIOR have planned for the future.

So Sylent, how long have you been an Artist? And where did it all start?

It started at a young age, I was very interested in video games. The art and storytelling involved were what fascinated me the most.

My first console was a PS1, and I remember playing Star Wars games and it blew me away. Half-Life 2, Runescape, Diablo series are some other titles that influenced me a lot as well.

My parents owned many books, so I also spent a lot of time reading as a kid, especially fantasy. Harry Potter was and still is my all-time favourite. 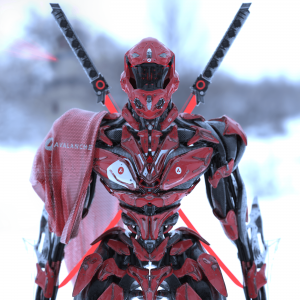 It wasn’t until I started university that I became obsessed with art & design. That was when I realized I wanted to dive into this craft as much as possible and haven’t looked back since.

Are you professionally trained?

I started my career in architecture, which was an excellent foundation for 3D software & design. I was lucky enough to be enrolled in a program that was very open to experimentation and speculative projects.

So most of my work was rarely tied to designing physical buildings, which gave me room to implement science fiction (within the rules of an architecture project) as a common theme.

During my studies, I had already started to branch out from architecture and started freelancing as a 3D Artist. I consider myself super blessed to have been able to work in different fields, learning as much as I could from many talented artists and teams with different workflows from various industries.

What was your first involvement in an NFT project?

My first exposure to the space was in 2021 when a VFX studio had contracted me to help work on a 1/1 NFT Music Video.

It was a super fun project, and I got to work on 3D assets and special effects, although I wasn’t involved in the whole blockchain process.

We’re delighted to reveal our next Diplomat! @avalancheavax 🔺

Introducing AVAX, the Layer 1 diplomat and specialist in finality⚡️

Join our discord to celebrate AVAX joining the army!

It depends on what kind of project it is, if there’s already a brief, if it is a personal project or for a client, but my creative process almost always starts with notes in my notebook and rough sketches (2d or 3d).

I need to write ideas down and filter them out most of the time as there are so many. I also try to experiment and explore new techniques whenever I can, especially if it’s a personal project.

What software do you use when creating your art & which one is your favourite?

This continuously varies depending on what result I want to achieve. I use quite a few software in my workflow, but Zbrush is definitely the most enjoyable.

Photoshop as well because I feel like that’s when you get to reap the reward and play around with colour corrections and subtle paint overs.

Who inspires you as an artist, on-chain or IRL?

Some samples of the concept design work I did for Alita: Battle Angel film. One of the projects I’m most proud of to have had the opportunity to work on. I had a pleasure to design Alita’s “doll” body as well as the Berserker one too.
More info&pics here https://t.co/TE18KHmPEA pic.twitter.com/zUzmuRCECH

If you could own any NFT what would it be?

Ash Thorp’s 1/1 “Degradation”. I have been a fan of his work for a long time and love the unsettling yet beautiful theme he explores with this piece. 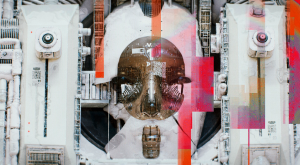 If you could own any piece of art, what would it be?

Any ALIEN sculpture from H.R. Giger. 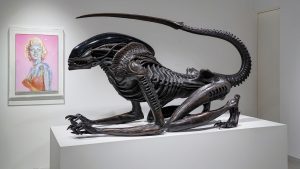 What was the inspiration for the Avax Warriors NFT project?

Wanting to build a world and tell a story. I have been planning, for quite some time, to create a sci-fi universe that showcases mech designs and world building art. Given the opportunities in WEB3 right now it felt right to explore this space and to push the boundaries of what an NFT collection has to offer.

What do you think differentiates Avax Warriors from the other projects out there currently?

The rich lore & quality of 3D renderings. We are pushing the format of what an NFT project can be in terms of visuals and storytelling. There is much more to come.

How long did it take for the project to get from the initial idea to the mint day?

The idea for a larger universe, with different factions, set in a dystopian sci-fi setting, has been in my mind for a long time. I’d say almost two years ago is when the idea first sparked and I knew it was something I wanted to build in the near future.

After we had set up a team, it was about 6 months of production (including prep) up until the mint day.

Avax Warriors have some really interesting aspects, we love the in-depth lore and roles. Did this take a long time to develop and how will this be maintained and updated?

The lore & world-building is something we really enjoy. It’s great to give something for the community to all engage in and everyone including the team is always excited to find out what’s going to happen next.

We deliver the lore updates in small journals. Think of them as chapters. As with any story, each time our journalist Hunter Tomson gets around to writing a new update (usually weekly), a new door into the vast world of Megacorp / Alfa / Warriors is opened. It definitely takes a decent amount of our time.

In my case, building the artwork itself is highly demanding to keep up with. Especially whilst we were focusing on finishing the Warrior Collection artwork.

However, now we are finished with the collection artwork, I’m delighted to say I’ll be spending more time with Hunter Tomson to deliver a huge amount of lore.

We are calling this a LORE expansion, and it’s been great to dive in on it and dedicate the time this story deserves. 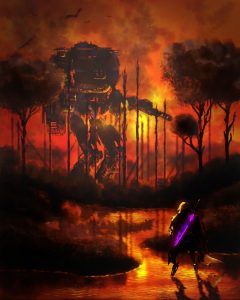 As for roles, I guess you’re speaking of our discord community roles. They’ve been super helpful for getting the community into a somewhat self-sustaining place.

Our lead moderators known as Guardians have been awesome at keeping the hype train going whilst also ensuring everyone that joins the discord is welcomed and well informed.

This fosters a friendly, collaborative community that all work together to help this project grow. The friendship and positive vibes from the discord community can be super overwhelming.

It’s awesome to be a part of this. We will now look to revamp our roles structure and include new rewards for different discord roles now the spawn/mint has concluded.

Also, we always have our team conversing in the discord on a daily basis. The community loves to speak with Alfa (our AI robot), Zen Porter (a Warrior) and Hunter Tomson (Alfa’s journalist).

It’s a pretty cool world in the discord. Swing by to check it out sometime.

Do you have future plans to expand the collection?

We have lots of plans, but expansion for the collection isn’t something we will discuss at this point. What I can say, is we will aim to deliver value to the WARRIORS brand and in turn, the collection.

There’s a roadmap, surprise hidden features and always a variety of partnership agreements that we are working on. These are the core focus of now.

How do you plan to maintain and grow your community past the mint to ensure longevity and growing value?

I think we kind of touched on this earlier, but the community itself has great moral values and enjoyment for anyone that takes part. It’s really engagement and has an incredibly high retention rate for new users.

How can we sustain this? By delivering great new features into the WARRIORS brand and by ensuring there’s always a reason for a new NFT collector to want to explore collecting warriors.

Every creator has a favourite and we would love to know if there is any Avax Warrior that you are particularly proud of? 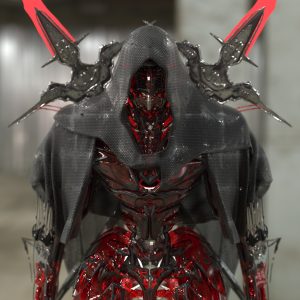 I’m excited for when Defi Kingdoms launches on Avalanche, and what new features the project will have this year. They have an amazing & super hardworking team.

I’m also looking forward to what Imperium Empires will bring to the space.

Any advice for budding NFT artists out there?

First and foremost have fun! Believe in yourself and focus on the ART. Remember why you create in the first place and don’t worry about making sales straight away.

Focus on your craft, learn as much as you can and never stop. Meet new people and build a network.

Set multiple short and long term goals and dive headfirst into the space!

Make sure to check out AVAXWARRIORS and Sylent on Twitter!


If you liked this article, you’ll love What are Avalanche NFT Marketplaces Missing?