Avax Whales, An Open Letter To The NFT Community

Avax Whales is an OG NFT project on the Avalanche Blockchain. The community have had a bumpy ride since mint date, with delays and technical issues hindering the progress of the project. Fortunately though, project and community is back with a vengeance, and we asked community leader “WhaleDad” to explain in his words what went wrong in the past and how the community will be moving forward together for the greater good.

Hey Everyone, this is TradfiDenier and I decided to write this piece to shed some light on the unfortunate yet awesome story that is Avax Whales. The Avax Whales community knows me as WhaleDad and I have been the community manager since the very beginning.

Our project fell victim to something we see far too often in this space, but I also believe that good people will do good things and our community is some of the best. I hope you enjoy this article and that it pushes you to grab a Whale of your own and come hang out in the Discord server with us. 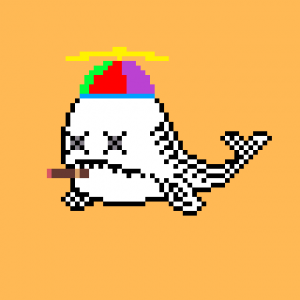 A lot of time has passed since we minted, and our community has been through just about everything you can throw at it. The best part? We are still standing. We believe we have a story to tell and that it should be documented so those that come after us know the true origin of these silly little Avax Whales. 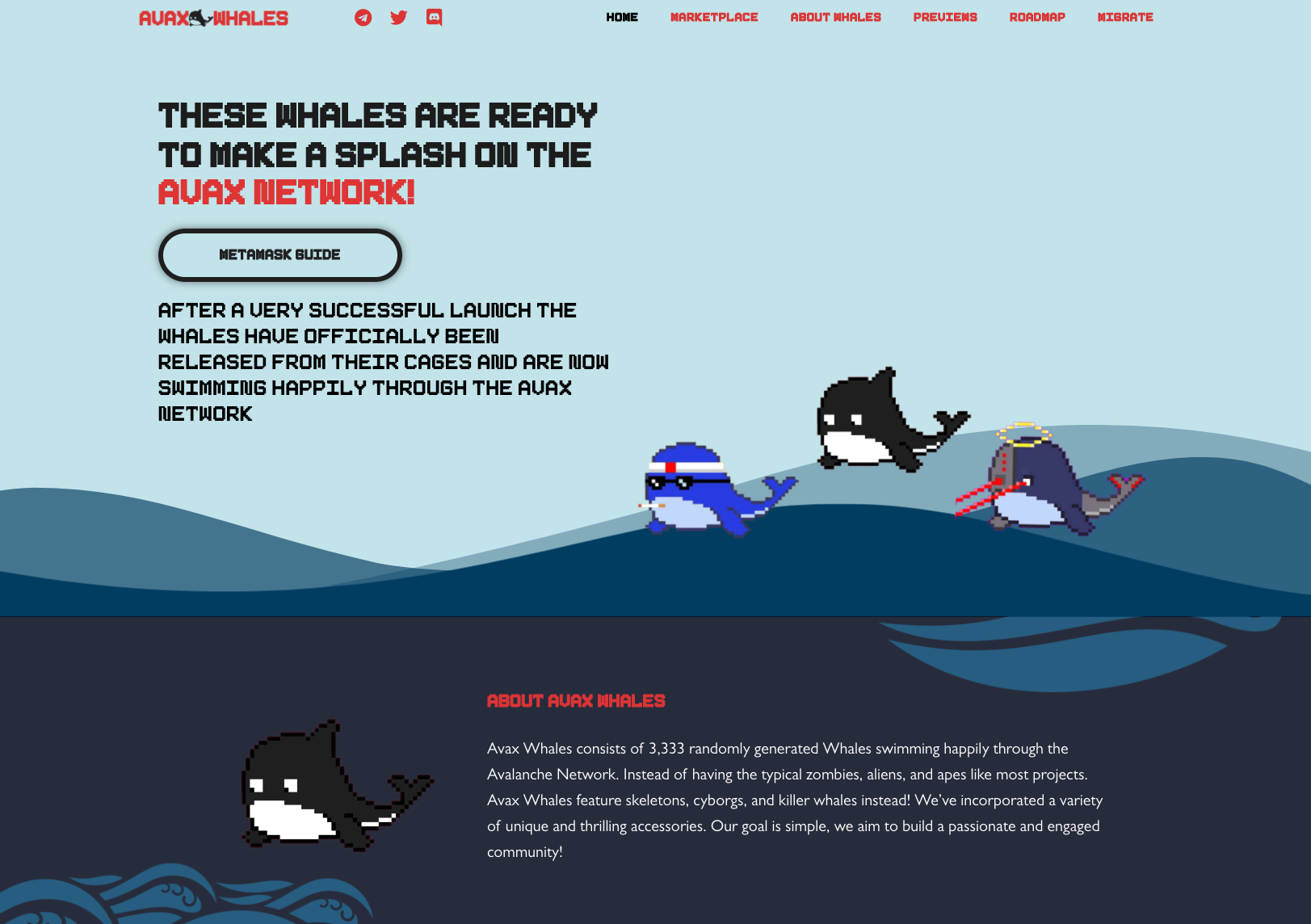 September 17th of 2021 was the day it all started. The community was vibrant, everyone eagerly awaiting the green light from the team to go ahead and start minting their Whales. For me, this was the first time I ever worked on an NFT project, and I was all sorts of pumped up about it. The mint day couldn’t have gone better, we minted out 3,333 Whales in 4 hours at a price of 1.5 AVAX.

We did it. You all are certified whales.

Huge thanks to our vibrant community, without all of you, whales are nothing.

More to come from us shortly 😎

It felt like we had created a unicorn because the hype around the project was palpable. By today’s standards, this is not nearly as impressive because the Avalanche NFT market is booming, but at the time we really made some noise. It’s one of those things where you just had to be there, mint day was a dream.

But then we started swimming in the wrong direction…

For those who were around at the time, it’s hard to forget about the “wen rewards” crowd. However, for the sake of context let me explain what happened. Upon launch, one of our big features was that we were going to distribute X% of all sales back to Whale holders. In theory, this was an awesome idea, but our execution was pitiful at best. Some people were getting rewards, some were not, some were claiming they didn’t get rewards when they actually did, the list went on and on. It was a giant mess, and it took a very long time to clean it up. To be fair, we did end up getting everyone taken care of and airdropped something like 60+ AVAX back to Whale holders to correct any mistake in the distribution. It may not have been perfect, but we did what we could. However, this is when things started to get messy for us. 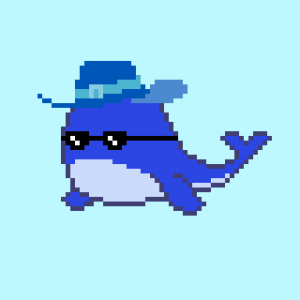 The issues we faced after launch were finally cleaned up and we could start working on our roadmap. The community was looking forward to the next steps, as we were planning our airdrop to those who held all 4 individual types of Whales. The airdrop was for a “breeding key” and a “potion”. The plan was to allow for Whale breeding, as we were going to come out with a companion collection of Baby Whales. The potion was going to be used to create another companion collection, Mutant Whales. I was excited, the community was excited, it was time to grow our “Whale pod” even larger. It was around the time of the potion and breeding key airdrop that things took a turn for the worst. The team became awfully quiet (including myself, more on this later) and the community was just left stranded without any direction or idea when the team would deliver on the goals in the roadmap. Some people stayed hopeful, others not so much but it was clear that the project was starting to fizzle out and the team was stepping away. An unfortunate reality that happens far too often in this space. Except for the situation with the Whales was even grimmer.

Remember the “wen rewards” crowd that I mentioned earlier? Not only did we have countless issues with reward distribution, but we had also effectively locked the Avax Whales to our website. The reason why they were locked to the website is so we could oversee all the secondary volume to disperse rewards to everyone. Great intentions, but it resulted in horrible and unforeseen side effects. Now our community was essentially stranded. No help from the team, they can’t sell their Whales on the open market, and the website hardly worked so they couldn’t even try to list them. The reality was that yes, they “owned” the Whales, but they could not do a thing with them. The party was over, Avax Whales were effectively dead. 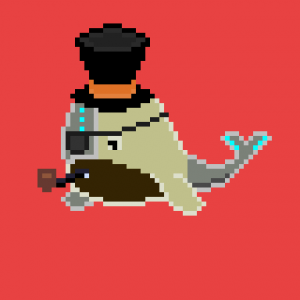 Months had passed, the server was a ghost town and the whole community had given up any hope. Upon going into the server for the first time in a few weeks and reading some of the things people were saying, it was honestly hard to read. The Avax Whales community spurred some great friendships and ended up being the place where a few other projects were conceived. Seeing how bummed out everyone was about the situation and feeling personally responsible for it, I decided I would figure out a way to fix the issue. I spent time talking with developers and exploring the options we had and finally decided to try getting something built to effectively free our Whales from captivity. If this worked, at the very least everyone would have control of their Whales rather than them being stuck forever in a Web3 equivalent to Sea World, aka the Avax Whales website.

Well, it worked. We deployed a migration contract (which we codenamed Free Willy) and we could finally free our Whales. At the time of writing, over 800 Whales have made the great migration to freedom. The original community is starting to get back together, and the vibes are unreal. The Whales live to see another day. What’s in store for us next? Nobody knows. Avax Whales is a community-owned project now, and we will decide together what we want to try and pull off next. For the time being, we are just enjoying the fact that the Whales are back.

To wrap this up, I believe it’s important for me to take a second to explain my role in this project and what happened. Long story short, I was approached by the team to manage the community. In return, I received a percentage of the proceeds as well as a small salary to stick around and continue being “WhaleDad”. The salary has since stopped, the team chat has gone silent and I have a community of people looking to me for answers, answers I didn’t have either.

However, what I do have are a bunch of Whales, ownership of our Discord server and the Avax Whales Twitter account. My goal was simple, I just wanted the holders to have real ownership of their Whales. It’s quite unfair that they are locked up and It’s the exact opposite of what this space should be about. Thus, I tried to figure out how we could fix this issue and at least give us another shot at glory.

For me personally, I really did work my ass off for this project and it would bring me a ton of satisfaction to see our Whales rise from the ashes like a phoenix. The Avax Whales community deserves that, so let’s make it a reality. Cheers to you all and thanks for reading WhaleDad

Make sure to join the Whale Pod on Discord and Twitter