Formed during the bear market in October 2021, a group of like-minded and experienced crypto friends decided to come together and create Pod People. Their ultimate goal is to create a micro-society with the right infrastructure, The Podaverse.

Originally earmarked for the Solana Blockchain, it quickly became clear that although Solana had a very active NFT community, Avalanche was the blockchain with the greatest combined community and structure needed to achieve the long term goals of the project. 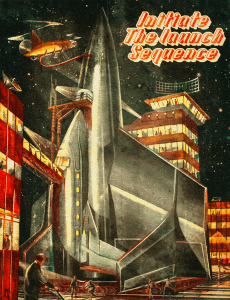 Pod People will be releasing 10,000 painstakingly handcrafted Pod NFTs, that took a team of 10 artists 4 months to complete. They are beautifully made and you can really see the level of effort and talent that has been poured into this project. Releasing in stages, Phase 1 Pods will have a cost of 2 AVAX and there will be 3,000 available.

Each Pod will represent a “room” on the Mothership, which is split into 21 unique sectors and will be the focal point of the Pod People Metaverse, The Podaverse.

The show goes on frens. Introducing the “Upper Deck” sector.

This sector is designed with your favorite sci-fi movie in mind. Everything looks clean, bright and optimistic. One of our favorites 😍

All Pods will have a Function, drawn from 1 of the 20 total different categories and operating as a subdomain. Functions will be increasingly important in the Podaverse as the team develop the Services aspect of the project and if your Pod’s function is chosen as the platform for upcoming developments such as DeFi and GameFi forks, you will share in the revenue generated by being an owner in that category. They have already announced the first Service, CloneNodes. Based on the popular Node Project concept, with some added gamified elements. 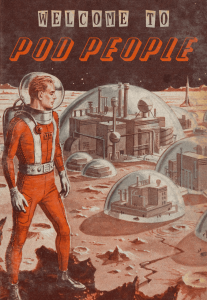 They have a wealth of ideas for the future of the project, much of which will revolve around the native token, $BSACK. Although the information on $BSACK is scarce, we do know that all Pod Holders will passively earn $BSACK just by holding Pods. The team have been very clear that Services will not encourage the dumping of the token and that all future implementations will utilize $BSACK in some way to promote a healthy ecosystem.

If you liked this article, you’ll love The Best Metamask Gas Settings For NFT Mint Date